Well, my little story has taken a twist now that I stumbled upon the techno-thug “Julian Richardson” admitting to making crop circles and actually making brainchipped-guided beach-circles. So he is not lying, he is brainchipped! This means the cat-is-out-of-the-bag about the brainchip, hivemind Cult working to bamboozle the masses of “profane” that he is now telling “we are evolved.” B.S.!!! They are brainchipped techno-thugs raming world governance and technocracy down your throat!

I’m sorry to burst the fake alien bubble, actually, I’m not sorry because the people can only hide from being intelligent for only so long… and then pop!

Crop circles are too mathematically complex to be tramped into place with just ropes and artists in the dark of night without any light in a few hours. A group of worker-bees need to work fast to get this artwork completed without making a mess of it… and you rarely see one that is broke, right? There is a secret tool that the thug-network is using to dazzle the profane. Why haven’t you figured it out? Cause you don’t understand the brainchip, yet! You will now be illuminated to the level of what a hivemind cult thug has been illuminated to. Why do I call them thugs… isn’t that rather strange… start doing your own research at what the hivemind is doing to society for the profane.

﻿Crop Circles are not made by humans, they are made by the wireless brain interfaces the humans have attached to their brains. You have just been educated… taah, daaah! Do you feel smarter suddenly? hmmm, Could a brainchip help people become smarter…. nooo! They just make you appear smarter… you actually become dumber, well, not instantly, but gradually you begin to depend on the AI to think for you until you lose most of your will-power, like an order-following cult minion that is trained to sneak and snicker.

The Crop circle mystery has been solved. Their is a technology now that turns people into robotic, remote-control, digital, dot-matrix printer heads. And the Crop is a kind of paper that the HUMAN-printer-head tramps upon.

Yes, the Mystery School Cult that William Cooper exposed in 1993 has been using it’s brainchip/cell-tower combination to remote control it’s cult initiates to dazzle the “profane” who just can’t seem to figure it all out and glorify the Artificial Intelligence(AI or Lucifer) re-created by the Mystery School, world-wide-cult to make massive, symmetrical, digital, Crop Circles. These hivemind, worker-bees are guided by their wireless brain-interface turning them into (willing) Manchurian candidates to march around like multi, printer-head-robots in the shadows of night. Well, they use boards on the crops in the total darkness of night to create a very, grand, digital effect. The brainchip commands them what angle to slide the board into the standing crop and which way to flop that board. BINGO!!! The human-body becomes a luciferian-glorified human-printer-head for farmer John’s sprayed crop-field. Why sprayed? Because the “binary-biologicals” need an access-route, away from the edge of the crop-field to get a clean “page” to print upon away from overhead wires. Why no overhead wires? So the dis-information-ists can railroad the profane into imagining a alien craft drawing the design like it’s a big inter-galactic message of love. But the message is from the wicked Cult… “We are going to improve your enslavement, techno-slaves.”

Good luck finding a crop-circle in an areal-sprayed or un-sprayed crop… (No-luck finding one? Go figure!)

SHADOW BANNED, I am! 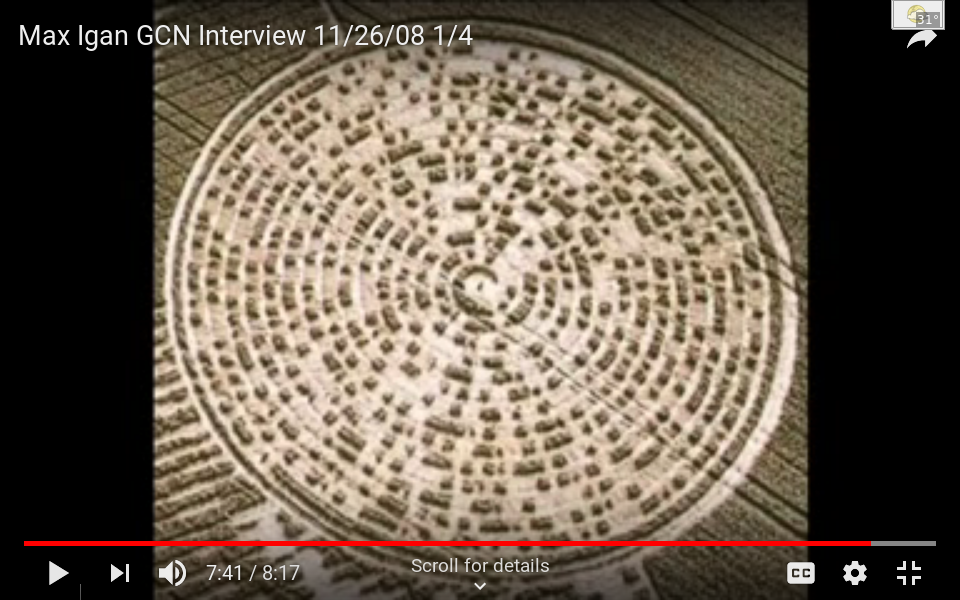 This likely holds a real digital message within it.

Well I just found this brainchipped initiate http://cropcirclewisdom.com/crop-circle-diaries/julian-richardson-makes-stunning-sand-art-and-admits-making-crop-circles-since-the-early-90s who admits to being apart of the collective hivemind, thug-network. This is the Mystery School cult coming out to say “Naa,naana, boo, boo, all you profane! You can’t tell that I am guided by a microwave signal to my brainchip as to where I must scratch the sand.”

Just take a scanner to his head and you will get the same signal as Magnus Olsson, but Olsson is a tormented “profane” whereas Julian Richardson is in the Thug-network committing Olsson’s ailments.

This is what Richardson says: “﻿We are artists , we are credible artist who have provided you with many years of speculation, doubt, magic and mystery . Its time for to you evolve and accept…”